On the border between Thailand, Laos and Vietnam lies the Kingdom of Cambodia – once one of the most powerful kingdoms in Southeast Asia. Today, the country is characterized by economic and social problems after the civil wars.

Despite stable economic growth in recent years, a third of the population is still living below the poverty line. The supply of electricity is one of the lowest in the region and six out of ten do not have access to clean water.

Climate change threatens people’s income opportunities and particularly affects farmers. All of this makes it tough for many children and young people to grow up in Cambodia. With poverty comes side effects such as malnutrition in mothers and children, which results in a high incidence of growth retardation and, in the worst case, infant mortality. 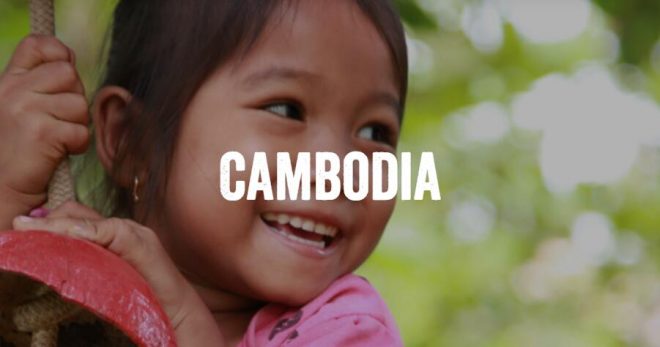 Some results from the past year

In the past year, there have been calm local elections in Cambodia, which are considered to have been trial elections ahead of the national elections that will take place in 2018. The country’s economy has strengthened by seven percent, but without it having any direct effect on the situation of the many poor in the countryside and in the big cities.

During the past year, Plan International has, among other things, built 41 wells, restored 17 latrines and started several preschools that will ensure that 6,800 children have access to clean water, safe hygienic conditions and a good start to their schooling.

Security and protection against violence

I have learned to see the warning signs of impending violence and abuse. Alcohol, poverty and stress that are linked to a parent having to move to find work can be some of the reasons. If we overcome these, we can do something before it begins.

Families and people who work in care constitute an important safety net for children. How the family works has a great effect, among other things, on the child’s attitude to gender equality and relationships with others. In Cambodia, Plan International is therefore establishing family protection groups that encourage parents who have experienced domestic violence to attend group meetings to prevent similar things from happening in other families. The groups have so far had great success in stopping violence and abuse. 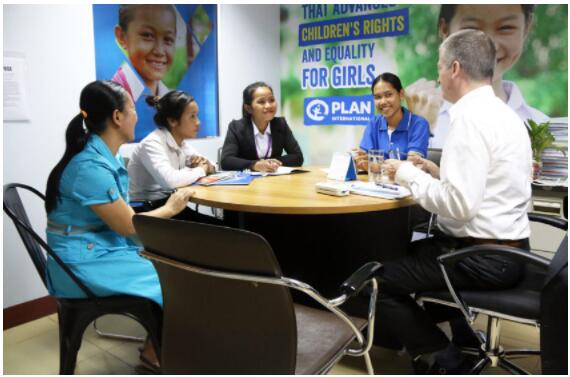 Before, I had only heard of the word computer. Now I use a computer myself and hope to get a good job in the future where I can get use for my new skills.

Cheers and applause marked the day as 500 students, parents, teachers and the media attended a girls’ soccer tournament in Siem Reap Province. There was also a drawing competition to encourage students to use their creativity to explore the environmental impact of their community. Plan International organized the day in collaboration with schools and local authorities to promote gender equality, imagination and creative joy. Plan International has also built and equipped a new school library with pencils, crayons, paper and computers that will encourage students to use their creativity.

Dreams grow when girls are allowed to take a seat

Sithong and Chanky are two of over 20 Cambodian girls who took over positions of power on International Girls’ Day. It made both themselves and their dreams grow.

Sithong is 14 years old. Her parents are rice farmers, just like many other Cambodians. Sithong goes to school in Angkor Chum District, about 70 miles from the famous Angkor Wat Temple. She is the youngest in her family and has long nurtured a dream that she herself calls impossible.

– Since I started middle school, I have wanted to become head of an organization. I know that dream is very far away from me, but it helps me work harder. It will not only give me an income, but I will also be able to develop my community and support girls and women, she says.

Sithong is doing well at school and in her spare time she is active in Plan International. In the autumn, she got the chance to practice when she took over the role of country manager for Plan International in Cambodia together with two other girls. Around 600 similar so-called “take overs” were made around the world on International Girls’ Day, where girls from over 60 countries had the opportunity to take a place in contexts where they are never or rarely heard otherwise. In Cambodia, more than 20 girls from communities far removed from the center of power took over the roles of politicians, researchers, business leaders and heads of both government and non-profit organizations.

18-year-old Chanky also got the chance. She has long dreamed of becoming a teacher, but now dreams of becoming a minister. Chanky believes that education is the key to many problems.

– To be a minister is to have power, their work can help thousands of people. With good education, society will develop faster and people will understand each other better, she says. 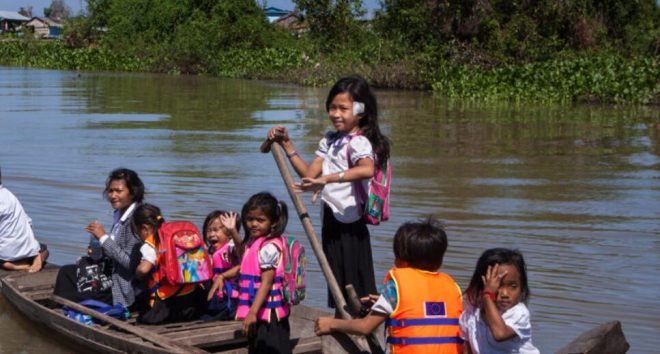