Honduras is one of the poorest countries in Latin America. The country is characterized by corruption and machoism. Poverty and widespread violence have led thousands of people to flee the country via Mexico to the United States in recent years.

Honduras is one of the countries with the highest murder rate in the world, even though lethal violence is steadily declining. In 2017, 1 in 2,300 people in the country were murdered.

In 2018, Plan International sounded the alarm that the children and young people who were on the run risked being exposed to violence, neglect and exploitation. Girls and young women are particularly vulnerable to sexual abuse. It is estimated that 60 percent of girls and women fleeing through Mexico are raped along the way. Children and young people are also at risk of being separated from their parents at national borders. Refugees returning to Honduras often need psychosocial and medical assistance.

In Honduras, the traditional gender norms and power differences between the sexes are clear. Men are seen as the head of the family and breadwinners. Men make decisions both at home and in society. Women have little power to decide over central parts of their own lives, such as how many children they should have, whether they should be educated and whether they should work. 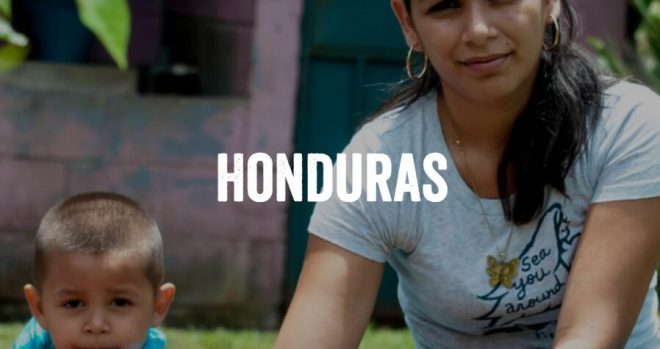 More than One in four pregnant women is a teenager

It is still common for girls to become pregnant while they are children. In 2017, 28 percent of all pregnant women in the country were teenage girls – the second highest proportion in Latin America.

The reasons are considered above all to be insufficient information about sex and cohabitation, but also sexual abuse. The fact that many children and young people, for financial reasons, among other things, cannot finish school also plays a role as they do not gain enough knowledge to make informed decisions. Pregnant girls who go to school are often forced to drop out.

Having children affects the young girl’s opportunity for an independent life. There is a great risk that her children will grow up in poverty. Pregnancy at an early age is also a health risk and a potential danger to life for both the mother and the child. In Honduras, abortion is illegal in any case.

In 2016, 34 percent of young people got married before the age of 18. Back then, child marriage was illegal, but there was a loophole in the law that made it possible to marry a 16-year-old with parental permission. In 2017, a unanimous congress changed the law so that all child marriages were banned – following pressure from, among others, Plan International.

In Honduras, Plan International works, among other things, with psychological support for children who need it and to help children with disabilities who need care.

We support families and local communities so that children up to the age of six grow up in a safe and inclusive environment. For children between 7 and 14 years, we focus on safe schools, and to prevent dropouts. For example, we give school scholarships and school materials to families who cannot afford to pay.

In the group of young people between the ages of 15 and 24, we focus on girls living in extreme poverty. We offer education and courses that make it easier for them to get a job. We also support with knowledge of sexual and reproductive rights so that they can make their own decisions such as their bodies and their lives, such as if and when they will have children. We also work to prevent violence against girls and women.

In our advocacy work, we strengthen the participation of children and young people in the issues that are most central to them and their rights.

To support women and children who have fled and are returning to Honduras, Plan International is focusing on psychosocial and medical support. We also help with transport back to their respective communities when appropriate.

12-year-old Katherine has a congenital malformation of her feet, but after four operations she can run and play. She is one of many foster children with special needs who receive help from Plan International.

– They were so twisted, my feet. I could not train or run. I could walk, but it hurt so much just walking a short distance, she says.

The condition Katherine was born with causes the feet to point downwards and inwards with the soles of the feet facing each other. It is possible to operate, but it is not easy to get rid of the pain completely. Katherine’s mother Jesusita explains:

– The worst thing for her was when she tried to walk, but fell. That made her not want to try.

Katherine has been helped by Plan International to pay for two out of four surgeries to cure the pain.

– Now I can run and walk. Now I can have fun. I like to play with my cousins, we play hide and seek, run and play Landa, says Katherine.

Katherine’s mother does not want her disability to hold her back, she wants Katherine to continue studying and show others that if you just want to, you can.

Denis likes to play here. He is three years old and learns to jump, draw circles and distinguish between different figures and shapes. I notice that he becomes more independent with each passing day.

In a small mountain community in the Santa Barbara region, Plan International has established a pilot project where we have started eight preschools. The goal is to meet the children’s needs for care and play and promote learning for good development. The preschool increases the chances that the children will eventually complete school. Plan International hopes that the authorities will follow up by letting all children throughout the country go to preschool.

The girls’ struggle raised the age of marriage

My dream is for more girls to get an education. I’m proud to have played a role in something that meant so much to so many girls.

On Tuesday, July 11, the Honduran Parliament unanimously decided to raise the marriage age to 18 years. The new law prohibits all exceptions and sets an absolute age limit at 18 years. Young girls have, with the support of Plan International and several partner organizations, worked in recent years for an absolute limit. Child marriage is a violation of the Convention on the Rights of the Child and a serious problem in Honduras. Now the girls hope that the new law will solve the problems. 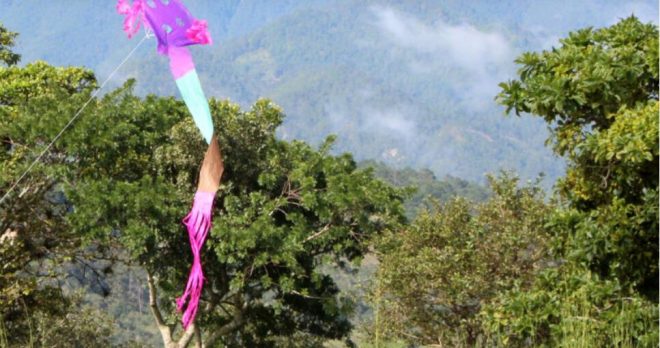