As soon as the decision to spend a semester abroad in the USA was made, I started planning it relatively quickly due to the high administrative effort. First of all, I looked for state universities that offer suitable courses for my “Economics” course. Because an important criterion in my decision was that the courses are recognized by the Goethe University in Frankfurt. For this purpose, I consulted the examination office to discuss course offers from various universities.

The decision finally fell on California State University East Bay. This convinced with a very good reputation in the field of economics and a ranking as “Best of the West” university. To apply, follow the instructions on their website: http://www20.csueastbay.edu/. In addition to a TOEFL test, an overview of the planned course attendance must also be submitted. As soon as you have received a confirmation, you should take care of an F1 visa as soon as possible. Because numerous documents also have to be submitted to the consulate. Information about the requirements can be obtained from the following website: http://german.germany.usembassy.gov/visa/niv/visakategorien/f/. In addition to plane tickets, I also had to take care of a foreign health insurance.

California State University is a state university in the US state of California. The main campus is on Hayward Hill, from which one can overlook the entire East Bay to the skyline of San Francisco. The university was founded in 1957 and in 2010 there were about 14,000 students enrolled there. It has numerous newly built science buildings, which are equipped with very modern lecture halls. The university is accredited by the WASC, the Western Association of Schools and Colleges, and individual colleges such as the College of Business are accredited by the AACSB.

I spent part of the fifth semester of my undergraduate degree at California State University East Bay. The visa for the USA stipulates that as a foreign student you take three courses at a US university. So I finally chose the following subjects:

The choice of these subjects turned out to be difficult because as a so-called “visiting student” you could only choose those courses for which there were still places. Local students were able to complete their course choices before the summer break. Overall, the choice was more straightforward than expected. Even students who had signed up on waiting lists were still given their desired courses, as many American students voted off courses at short notice. Check act-test-centers to see more reviews from current students.

In the American university system, each class usually has a “mid-term” towards the middle of the semester, weekly homework and a final “final” at the end of the semester. On the one hand, this means that you have to “deliver” from the first week of the lecture, on the other hand – and this is the great advantage of the system – you collect points week after week and can permanently monitor your learning progress.

The three courses chosen are recognized by my home university. In addition, I had the opportunity to write the seminar paper, which is mandatory for the Bachelor’s degree, also abroad.

There are two ways to find accommodation near the university. First of all, you can look for an apartment on your own in Hayward, where the university is located. The simpler variant, which I recommend, is accommodation in a student dormitory. After all, this is the quickest way to get in touch with other students and to get to campus quickly.

The international spectrum of students ranges from Americans, Chinese, Japanese, Mexicans, Europeans to a few South Americans and Arabs. This made for an interesting cultural exchange, which was one of the reasons for choosing the state of California. You automatically become a representative of German culture, but you are just as happy to be a diligent listener. The friendships made there are priceless. I can therefore only recommend approaching the students from different nations with an open mind. Then, for example, Asians are no longer just Asians, but Japanese are Japanese, Chinese are Chinese and South Koreans are South Koreans. You quickly learn to appreciate the different mentalities and enrich your horizon.

In general, the range of sports on offer at the university is very well developed. You can register for one of the numerous sports courses (soccer, basketball, circuit training, etc.) and also for a dance course free of charge. Table tennis and a basketball court are also available.

The food is consumed in the so-called “Dining Commons”. It is a large cafeteria where you can choose between different buffets. The choice of a meal plan, i.e. how many meals you want to eat per week, is mandatory and should be carefully considered. After all, after two weeks you can’t make up your mind.

Nothing is better for getting to know a foreign culture than taking as many opportunities as possible for excursions. Hayward is very well suited as a basis. With the bus line 60 and the transport system “BART” you can get to the metropolises of Oakland and San Francisco very quickly.

The university itself offers various excursions, some of them free of charge, for international students almost every weekend. Among other things, we went to a basketball game or looked at the Capitol of the federal capital Sacramento.

International evenings were regularly organized in our student dormitory, where students from the same country could introduce their homeland, especially culinary.

For me, this semester abroad was an academic and personal experience that I wouldn’t want to miss. I was not only able to expand my knowledge within my subject, but also improve my knowledge of the English language.

I can recommend the university to others and can look back on a very nice and impressive time. Life in California left a lasting impression. Four months are enough in my opinion to get an idea of ​​the American culture and the landscape of California.

I can only encourage everyone to do such a semester abroad in the USA, because you learn a lot about yourself and others, which drives your own development enormously. 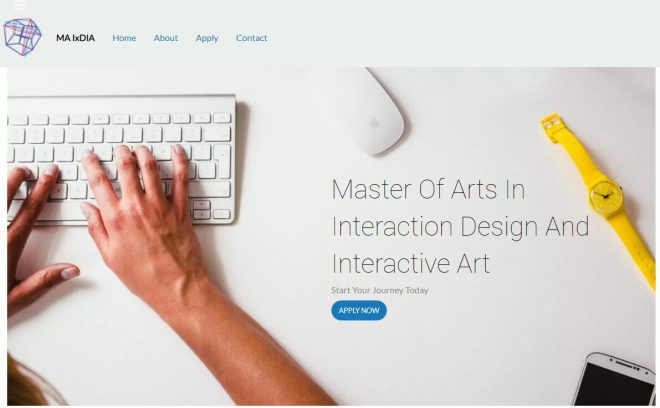