China covers a huge area, and is the world’s third largest country after Russia and Canada. It houses the world’s largest population, namely one – fifth of humanity. Therefore, it is difficult to find something that could not fit China, and China is full of contradictions. It is both densely populated inside the cities, and sparsely populated outside in the rural areas.

The Chinese are one people, but the government recognizes 55 different ethnic minorities. The Chinese honor the centuries-old traditions, but they have also embraced Western fashion, music and food; ancient architecture survives next to modern buildings.
The Chinese people are friendly and welcoming, and the people in the countryside in particular are down to earth and warm hearted.

In short, China is diverse, huge, and an international major player on the political scene.

You will most likely live in either the eastern or southern part of China. Some exchange students live in large cities such as Shanghai, Tianjin or Beijing, but most live in small cities such as Jiangsu, Sichuan, Anhui, Heilongjiang or Guangdong. Urban families most often live in apartments. The grandparents of the host family may be living with the family. You are expected to spend time with your host family. The Chinese people respect hierarchy and value proper social relations, which are harmonious and with a minimum of conflicts.

You will probably get a special school schedule because you are an exchange student. This means that you will focus on learning the Chinese language, culture, history, art and music with other students in the first half of your school day. The rest of the day will be with the other Chinese students. The school week in China lasts from Monday to Friday from 7:30 to 16:30, and students usually wear school uniforms. According to TopSchoolsintheUSA, parents are very involved in their children’s lives and education, and school commitments and homework often trump leisure activities. 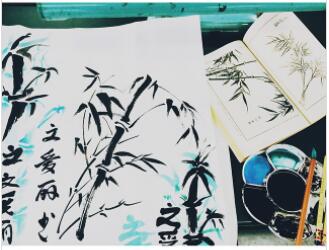 China has 55 different ethnic groups, each with its own language or dialect. However, Mandarin is Chinese spoken by more than 70% of the population in China (and in most schools). However, you may be placed with a host family that speaks Cantonese. Our volunteers and your school will provide Chinese language courses during the first three months of your stay. You must have a basic knowledge of English before traveling and an experience in Chinese may be an advantage but is not a requirement.

Chinese meals usually consist of vegetables, rice, noodles and a meat dish. Traditional Chinese dinners can include Peking duck (fried duck covered with sweet wheat sauce and wrapped in a thin pancake), Mongolian hotpot (a Chinese version of fondue), Jiaozi (dumplings with pork, chives and onions) and delicious tea. Remember to have fun practicing and perfecting your technique with chopsticks where your host family and new friends can help you. A vegetarian diet can be challenging in China, as meat is often used as a flavor enhancer, even if the meat is not directly in the dish.